Belur Math or Belur Mutt is one of the most popular places to visit in Kolkata. Founded by Swami Vivekananda is the headquarters of the Ramakrishna Math and Mission.
Notable for its architecture the temple is a beautiful example of Ramakrishna Movement.  The historical paramountcy of this place dates back to 19th century wherein Swami Vivekananda, a disciple of Sri Ramakrishna lived the last years of his life.
He dedicated the place by worshiping the urn containing the sacred relics of Sri Ramakrishna, which he himself use to carry on his shoulders to the place of worship. 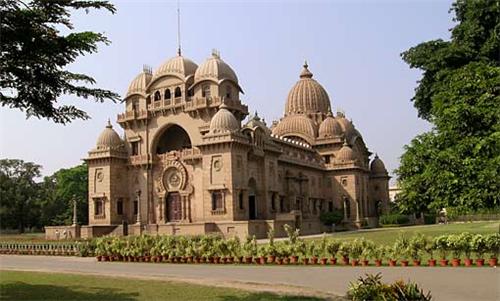 Owing to its close association with Swami Vivekananda, Belur Math has now become the hub of worldwide spiritual activity. Renowned as the center of the Ramakrishna Movement it is a pilgrimage place visited by people of all religions.
Founded by Swami Vivekananda in 1899, Belur Math is the global headquarters of the Ramakrishna Math and Mission and is engaged in training young men to become sannyasis as well as in carrying out social welfare activities, relief and rehabilitation work for the poor sections of the society.
A very significant event to be noted at Belur Math is the Durga Puja the day of bodhana wherein rituals for the ceremonial awakening of the goddess is commenced during autumnal Durga Puja.
It is also believed that the Holy Mother was very pleased with the Durga Puja of Premananda at the holy Belur Math and that the place was blessed.

Belur Math was established in January 1897, by Swami Vivekananda who was the disciple of Sri Ramakrishna. Swami Vivekananda returned back to India from Colombo with a small group of disciples and started work on the two one at Belur, and the others at Mayavati, Almora, Himalayas called the Advaita Ashrama.
He inaugrated the Belur Math in 1898; an urn containing the sacred relics of Sri Ramakrishna, was carried by him on his shoulders to the place of worship. “The blazing light of universal harmony that will emanate from here will flood the whole world.” He lived the last years of his life in Belur Math only.

Swami Vivekananda's travelled to different parts of India, America and Europe and visited many historical monuments & buildings of architectural importance.
The temple has a unique combination of Hindu, Christian and Islamic architectural styles thus standing as a symbol of unity for all religions and earning it the unique title of ‘A Symphony in Architecture’.
Belur Math was constructed under the supervision of Swami Vijnanananda, who was a qualified Civil Engineer and also the brother-monk of Swami Vivekananda. The construction of the place was assigned to by Martin Burn & Co.


Places of Interest in Belur Math 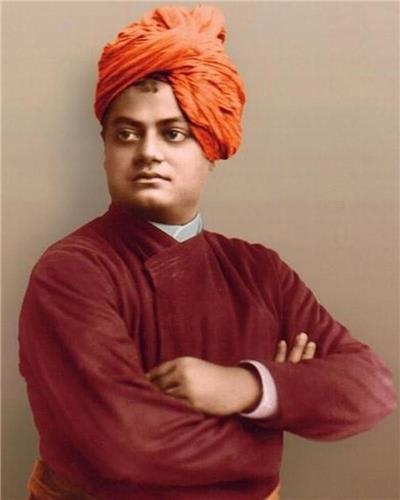 The Math includes a resplendent monastery wherein the ashes of Ramakrishna, Swami Vivekanada and Sarada Devi are placed.
The Sri Ramakrishna Temple is disunited by a transparent glass cover, wherein the relics of Sri Ramakrishna are placed.
The main magnetization of Belur Math is the architectural style that coalesces the elements of a mosque, church and a temple
A message that denotes the richness of religions and a mission that harmonizes all religions.
The construction of this artifact is kenned to have taken four years with major fund sources by a staunch American disciple of Swami Vivekananda, Ms. Hellen Rubel.
The huge campus of Belur Math encloses many places of historical & religious importance like the Swami Vivekananda & Sarada Devi Temples, rooms in which their relics are kept, the main monastery of Ramakrishna Mission, a Museum, etc.
Surrounded by lush green lawns and tall trees the place is a spiritual heaven for the religiously inclined and those in search of inner peace.

Sri Ramakrishna Temple: Build in the memory of Saint Ramakrishna by Swami Vivekananda, this beautiful & mesmerizing temple contains the sacred relics and a marble statue of Sri Ramakrishna.
Sri Ramakrishna & Swami Vivekananda preached about the harmony amongst various religions and this temple depicts the same, having a unique combination of architectural styles of a Buddhist Shrine, Hindu Temple, Christian Church and an Islamic Mosque.
The temple was opened on 14 January 1938 for the general public and since then at the time of sunset, an aaarti is done every day in the temple premises.

The Old Shrine: This is the original shrine where Swami Vivekananda and his disciples used to meditate and sing devotional songs till the year 1899, after which the new temple was constructed. Located to the north-east of Sri Ramakrishna Temple, the shrine holds a special place for the followers of Swami Vivekananda.

Swami Vivekananda’s Room: Adjacent to the Old Shrine is located the room where Swami Vivekananda’s lived, and it was here only on 4th July 1902, that he attained Mahasamadhi.
The room contains articles which were personally used by him during his lifetime. Outside the room still stands tall a mango tree under which Swamiji used to sit and meet his devotees.

Holy Mother Temple: Located on the banks of River Ganga stands the Holy Mother Sri Sarada Devi temple built in her memory. Constructed at the spot where she was cremated this temple was dedicated in the year 1921.
Swami Vivekananda Temple: This holy temple was built in the sacred memory of Swami Vivekananda’s whose mortal remains were cremated on the same spot in 1902.
It is beautifully constructed with an OM in Bengali characters, engraved on the upper story of the temple. Also a must see is the Bel Tree under which Swami Vivekananda sat during morning and evening to give discourse to his disciples.

Samadhi Enclosure: It is place where seven out of the sixteen direct monastic disciples of Sri Ramakrishna were cremated. Called the Samadhi Sathal the names of the disciples are engraved on the marble stone established here.

Old Math: Before the Belur Math was constructed the house of Late Nilambar Mukherjee known as the Garden House, was used as the headquarters of Ramakrishna Mission.
The place was visited many times by the revered Sri Sarada Devi who had also performed the panchatapa or five-fire austerity here in the year 1893.
It is called the Old Math since the Ramakrishna Math was housed here from the year 1888 to 1899 till it was finally shifted to the new premises in Belur Math.

Ramakrishna Museum: Located in the premises of Belur Math is a historic museum which houses various things used by Sri Ramakrishna, Holy Mother Sri Sarada Devi, Swami Vivekananda and other monks & disciples of the Saints giving us a glimpse about those times.

All major religious festivals like Lakshmi Puja, Kali Puja, Saraswati Puja, Durga Puja, Shivaratri, etc. are celebrated in the Math.
Besides this special prayers are held to celebrate the birthdays of Sri Ramakrishna, Holy Mother and Swami Vivekananda, Sri Krishna, Buddha, Jesus Christ, Chaitanya, etc. On Christmas carols are sung which fills the atmosphere with divinity.


Visiting Fee's and Other Informations