Eden Gardens Kolkata again registered itself in annals of history when it hosted the 199th (penultimate) test match of Sachin Tendulkar's career against West Indies. Master Blaster was very emotional while visiting the most popular cricket stadium of the world. The reason was apparent as the ground witnessed some of the best inning from this champion of champions. It was here that he scored most runs in ODIs. 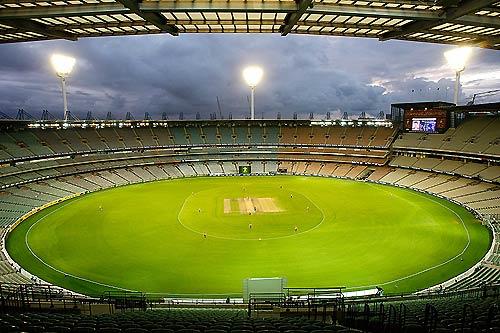 Eden Gardens is one of the most iconic and oldest cricket stadiums of Kolkata, India. It is the one of the largest cricket stadiums in India and third largest in the world. Home of the Bengal cricket team and Kolkata Knight Riders (KKR), the participant of Indian Premier League's (IPL) it has ever remained as one of the most popular cricket stadiums of the world.
In India it is one of the finest venues for Test, One Day International and Twenty20 International matches. It was renovated on large scale before the 2011 World Cup and hosted major matches. Eden Garden is equipped with basic amenities and provides basic facilities and comfort to ardent cricket lovers and admirers.

Eden Garden cricket stadium was established in 1864. The Club House of the stadium is known as B.C. Roy Club House, on the name of a former Chief Minister of West Bengal. It is also the headquarters of the Cricket Association of Bengal. Eden Garden cricket stadium hosts the Indian Premier League matches and is the home venue of Kolkata Knight Riders co-owned by Bollywood king Shah Rukh Khan.
Today the stadium ranks amongst the third largest cricket stadium after Melbourne Cricket Ground and ANZ Stadium of Australia. The first official test match was played in 1934 while the first One Day International (ODI) was in 1987. This stadium is well known for its large, exciting and vociferous crowds.

Major renovation work was carried out by authorities before 2011 Cricket World Cup. The main reason for this renovation was to meet the standards set by the International Cricket Council (ICC) for 2011 World cup. The new facilities include a new clubhouse, upgrades of the exterior walls and chairs, players' facilities and rest rooms, cladding the existing roof structure. All these aimed at improving the the general appearance and look of the stadium.

This ground has been witness to many a memorable moments in international cricket. From famous victory over Australia in 2001 by partnership of Dravid-Laxman to controversial run out of Sachin Tendulkar in 1999 test match against Pakistan or the 199th (penultimate) test match of Sachin Tendulkar's career against West Indies it has witnessed all.

An Eden Garden cricket stadium is well- equipped with necessary infrastructure and its two ends are known as High Court end and Pavilion end. This ground has witness many memorable moments in international cricket and has current seating capacity of 90,000. Flood Lights, Mega Sized Projectors, VIP lounges, Air Coolers are other basic facilities that makes the match ground exciting for spectators.

The stadium is of international repute and remains packed with thousands of cricket fans looking to enjoy first hand experience of sporting event. No doubt it is a pilgrimage for cricket lovers and cricketers, and is home to most passionate and vocal crowd India and world.

Explore more about Sports in Kolkata