Calcutta as pronounced by the English, now called as Kolkata is the capital of the Indian State of West Bengal. The city located in eastern India was a colonial city developed by the British Empire and was the capital of the British India Empire until 1911.
Before the British rule, Kolkata was a small village and the capital of Bengal was Murshidabad which is situated at a distance of 60 miles from the present city. Calcutta was captured in the year 1757 by Robert Clive by defeating Siraj-Ud-Daulah in the battle of Plassey.
Being the then capital and the second city of the British Empire, Kolkata grew rapidly in the 19th century. The city has with it the revolutionary history of Indian struggle for independence. 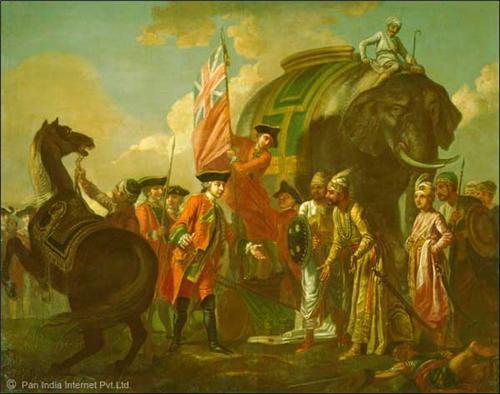 How Kolkata got its name ?

Kolkata, formerly known by the name of Calcutta has undergone a sea change in a very short span of time. Kolkata as it stands today is the largest metropolitan city of India. There is much discussion about the origin of the city's name.

Historically as per literature, there is an ironical story that relates to how Calcutta got its name. Calcutta had its name when an English person inquired about the name of the place to a farmer.

The most accepted view is that it comes from the Hindu goddess Kali and the original name was KaliKshetra, "the place of Kali".The city was named Calcutta by the British Power and the place continued to be called so till 2001 A.D. when the city was officially renamed as Kolkata.

In the 17th century, Job Charnock came to the banks of the river Hooghly and took the lease of three large villages - Sutanuti, Govindapur and Kolikata (Calcutta) to establish British East India Company in the Bengal region. 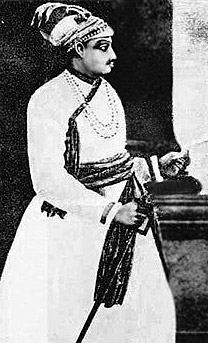 The above depiction of Kolkata makes it absolutely clear to us that Job Charnock had an undeniable role in the evolution of the city. So, many people in the yester years thought Mr. Charnock as the founding father of the city of Kolkata.
But the extensive research works in recent years have proved that there was no specific year and date (24th August, 1690) in so far as the foundation of the city is concerned. In this regard we can refer to the historic judgment of the Kolkata High Court on 16th of May 2003.
The judgment clearly showed that the city of Kolkata has evolved through a process of rural settlement and this process further intensified as a result of the establishment of the British trading factories.
Researchers have also found that Kolkata had an important value as a trading port during the Gupta’s and the Mauryas. During the days of Raj, Kolkata was second in status after London with all the liberal flavor and vibrancy.

The city kept progressing until 1756, when Nawab of BengalSiraj-Ud-Daula assailed and prospered in driving the British away from the town. The British civilians had eluded, but a few of them were captured and confined in a suffocating room often called as the Black Hole of Calcutta.
This incident has become a history in itself and was given the designation 'Ebony aperture tragedy'. In 1757, the following year, Battle of Plassey took place, in which Robert Clive surmounted the city by vanquishing the Nawab. 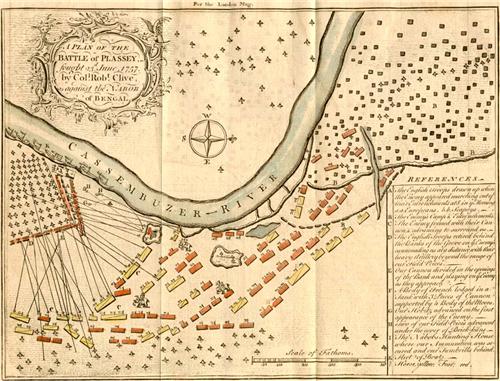 In 1774 the cessation of battle witnessed the establishment of a Supreme Court making Calcutta as the base of justice. However the crucial Battle of Plassey totally drained the wealth of the city, a major which strained the Bengal's economy.
The period between 1820 and 1930 optically discerned the growing of seeds of nationalism with the bubbling revolution in 1905, when people disregarded and stood against Lord Curzon's plan regarding the partition of Bengal.
The nationalist anti partition forms of kinetics were led by Rabindranath Tagore. However, the Partition was repeated for the second time in 1911. With this the capital of India was shifted from Calcutta to Incipient Delhi. In the year 2001, Calcutta was officially renamed Kolkata.
Eminent personalities like Subhash Chandra Bose, Rabindra Nath Tagore and Swami Vivekananda had chosen this place as their Karma Bhumi or a place of activity.
Till 1911, Calcutta was the capital of India, with important establishment like the Supreme Court. The capital was then shifted to Delhi and the city became the capital of West Bengal.


Explore more about Culture of Kolkata