Kolkata being one of the ever growing metro cities of India is well connected with air routes. Popular national and international airlines operates from here. The Kolkata airport also known as Netaji Subhash Chandra Bose International Airport or Netaji Shubhashchondro Boshu Antorjatik Bimanbondor (in Bengali) is the fifth largest and busiest airport in India after Mumbai, Delhi, Chennai and Bangalore. 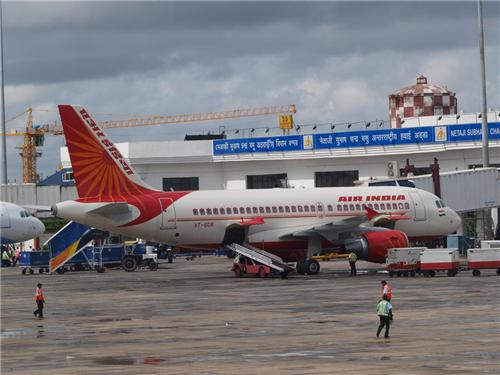 Located 17 kms away from the Kolkata city, the airport handles 8.5 million passengers annually.
The airport is well connected and easily accessible by all means of local transport viz, suburban railways, taxi and buses. Apart from these various operators are conducting low floor Volvo buses to airport from various points of city.

With an objective of overcoming the traffic problem near airport, a fly over near airport is under construction. The airport has three terminals designed separately for different purpose. The domestic airport came into existence in 1990 caters the need of Indian passengers coming from different cities of India.
The International Terminal at airport which is the oldest terminal serves the needs of International passengers. Till 1990 it was used for both domestic as well international passengers. The third terminal is the cargo terminal.