Kolkata the capital city of West Bengal has the more than 300 years old culture and was the capital of British India till early 1911. It is the place of churches, temples and mosques, along with other religious places. 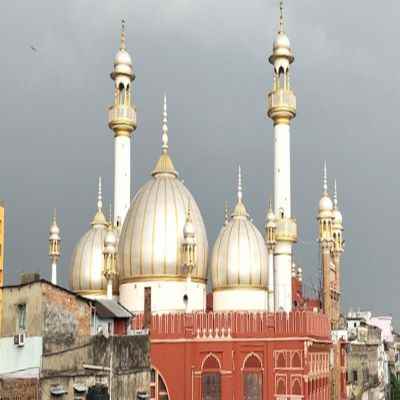 Muslim community starts to migrate towards the Kolkata in 19th century, but it was accelerated from the 1860s onwards, due to the poor economic conditions of other parts of India.
There are some very beautiful and old mosques in which well known mosques are Rabindra Sarani crossing near Burrabazar, Ahl-e-Hadees Masjid on Marquis Lane near Alimuddin Street, Lal Masjid in Colootolla and Nakhoda Masjid, on Zakariya Street of Kolkata.

Prayers:-In Islam there are two well known festivals, one Eids and other Eid al-Adha, for these two there are special prayers held at mosques in the morning.
Architecture: - In general mosque consist of prayer hall with large capacity, with domes and minarets with the required height approx. 130 to 150 feet.
Now a day’s the mosque structures are also getting changed from ancient style to modern style, and the way of construction is changing. It also shows an excellent designs and culture of Islam.

Some of the famous mosques of Kolkata are following: 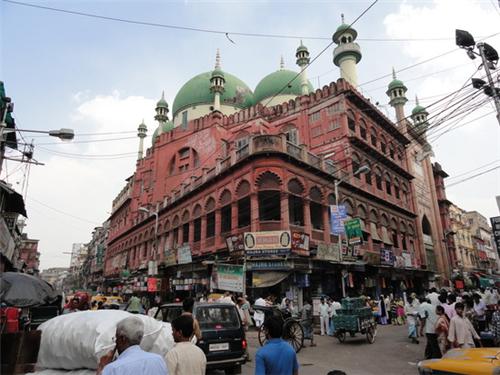 The largest mosque in the city Kolkata is Nakhoda mosque, located in Jakaria street, near the junction of Chitpore Road and Mahatma Gandhi Road.

The shrine was built in 1926 by Abdul Rahim Osman. The mosque is a unique blend of Indo- Saracomic architecture which has 2 minarets, both are 46 metres high and 1 dome shaped with redstone, also there are 25 tiny pillars all around which are 100 ft-117 ft tall.

The mosque has a capacity of 10000 congregation at a time to accommodate the worshippers to perform “Namaaz”.

The gateway of the Nakhoda Mosque, Kolkata, is a replica of Buland Darwaza at Fatehpur Sikri, which required granite stones to be brought from Tolepur. The massive red sandstone mosque was constructed on the lines of Akbar's tomb in Sikandra, Agra. 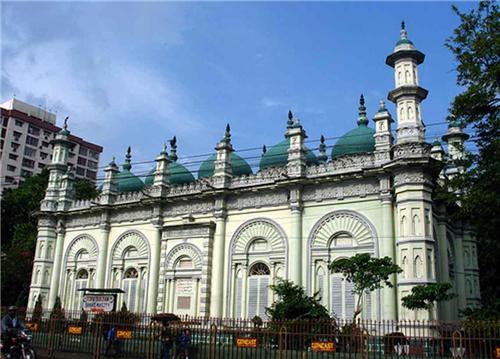 Ghulam Mohammed, the youngest son of Tipu Sultan is the architect of the famous Tipu Sultan Shahi Mosque. It was built in the year of 1832 which is located in 185, Dhartamtalla Street has an extensive Capacity of 1000 worshippers at a time.

The mosque has 16 Domes and 4 Minaret which makes the mosque unique in its way. It has been developed in typical Islamic, Mughal architectural style.

People from all sections of society and religions are allowed to visit the mosque and take pictures of this historical premise.

Nakhoda Masjid: - It is one of the principal mosques of Kolkata, situated in Chitpur. on 11 September 1926 the first foundation stone was laid and it was completed in 1926.
The mosque's prayer hall of Nakhoda Masjid has a capacity of 10,000. There are 25 smaller minarets which range from 100 feet to 117 feet high and also masjid has three domes and two minarets.

Tipu Sultan Mosque: - The Tipu Sultan Shahi Mosque is one of the famous mosques in Kolkata, located at Dhartamtalla Street.

Name addresses of some famous Mosque are following: