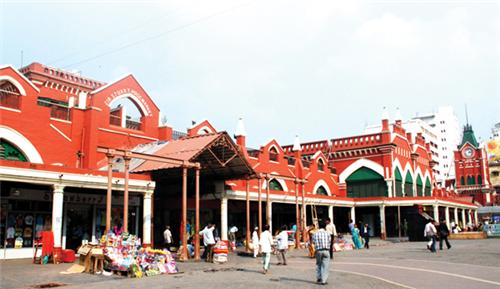 For all those looking to buy beautiful and designer apparels, footwear, wheeled luggage,electronics gadgets in Kolkata it is wise to explore the lanes and by lanes of New Market. Situated on Lindsay Street, New Market Kolkata  is one of the oldest markets in Kolkata.
The market with hi-tech malls, numerous street vendors, delicious street foods is a one stop destination for shopaholic’s. People from different parts of West Bengal and India  throng  to New Market  for buying wedding clothes for their special day of life.

Once you enter the market you will be greeted by  huge rush, street vendors, local populace giving you a feel of typical Bengali market.

A bit of history about New Market Kolkata

New Market, no less than a historical site came into existence during the days of the East India Company. Constructed under the supervision of the famous architect Roskell Bayne, this market was open to public in the year 1874.  In the beginning it was called Sir Hogg Market then shortened to Hogg Market.
Today it is popularly known as New Market. The then Calcutta Corporation’s chairman, Sir Stuart, played a key role in supporting the plans to build the New Market Kolkata. With painted brick-red, cream and green facade, the market has a striking appearance.
The View of the facade immediately transports one to the old days of the British Raj. The cannon, ceiling, bell tower and the arches - every centimetre of New Market spells out heritage.

New Market Kolkata with over two thousand shops expertise in sale and purchase of  almost every product  including clothes, bags, footwear, crockery to books, grocery, stationery etc. The scene of New Market during the Christmas season gives every reason to spend some quality time while enjoying ornately decorated faux fir trees, large sized designer balloons balloons, bells, streamers, stars and toy Santa Clauses. The magic in the air will certainly surcharge your mood.

Get a unique taste of Fruit Cake, Brownie, Marzipan, Macaroon and more at Nahoum & Sons which since its establishment in 1902 has maintained its standard and quality. Today they are most renowned confectioners in New Market; others being Imperial and D Gama. Apart from these three you can find many other confectioners with variety of eateries.

For all those looking to buy fresh flowers it is wise to visit A. Bose Private Limited and Coondoo, a popular florist operating in New Market since 1874.
Every variety from, roses, gerbera, orchids, gladiolas, lilies and many others are available. The cost of flower bouquet never exceeds your planned budget.

Whenever shopping at New Market do not forget to visit Dayaram & Co. which since its establishment in 1908 is a famous garment shop in the area. Ghanashyam  and Bombay Silk Store are other popular garment store located in the market.

Buy wine glasses,crystal items, Champagne flutes,  cocktail funnels and numerous other sets of crockery items from Staffordshire Stores which since its establishment in 1938 is serving the wholesome needs and requirements of those looking for high quality crockery in the city.
There are numerous others with extensive years of experience in the field. Today it is a one stop destination for those looking to shop at Kolkata. A blend of traditionalism and modernity, New Market Kolkata, is perfect for every gender and age groups. 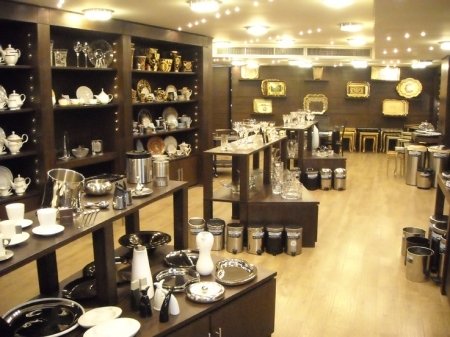 Never miss to visit these popular shops in New Market Kolkata . Apart from  these there are lot more to be explored. One thing is sure that you will find worth shopping at this popular destination in Kolkata.


Explore more about Shopping in Kolkata