Kolkata, the land of Tagore and Mother Teresa has been gifted with many descriptions in the history. From recounting the city as the‘City of Joy’to the ‘Jewel in The Crown of the British Raj’.
Kolkata has developed as the cultural center of India and is considered as a principal commercial center of East India. Quality of ride differs from the contemporary metro rail to mini buses, hackneyed commuter trains, outdated trams and ferries. 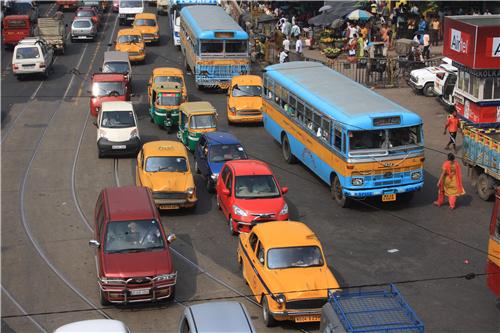 The transportation framework for Kolkata was largely urbanized during the period from 1850 to 1930.
More modern structure of public transport comprises the Kolkata Metro rail network which was the earliest underground metro network constructed in India.

The Eastern Metropolitan Bypass that runs from north to south along the east edge of the city center assumes paramount importance in the busy yet beautiful in city of Kolkata.
Another route waging importance in east-west corridor is A. J. C. Bose Road and Park Circus Connector, that connects Vidyasagar Setu and East Metropolitan Bypass.There are several other north south and east west streets in the city.

The city has a robust railway network. It is well-connected to the rest of India by extensive railway network. It is a headquarter of two divisions of the Indian railways - the South Eastern Railway and the Eastern Railway.
Apart from Sealdah and Howrah railway station, Chitpur Railway Station is also a major station in Kolkata. Both SER and the ER runs daily passenger trains that connects to neighboring districts of South 24 Parganas, North 24 Parganas, Nadia, Howrah, Hooghly etc.

Tram in Kolkata was introduced almost 125 years ago. During those days it was driven by horses. Slowly it underwent change and was powered by steam locomotives followed by electricity. Kolkata tram services is one of its kind in India.
Today it is operated by Calcutta Tram Company Ltd which is responsible for the operation of tram network in the city of joy. CTC has a fleet of 275 trams out of which 150 are operative. CTC has 7 Depots &9 Terminals and it operates on all the popular routes of the city.

Kolkata Metro rail is the first urban mass transit system in India. The project was conceived in 1969 and came into existence in February, 1979. The first Metro train came into operation on 24th October, 1984 and ran between Esplanade and Bhowanipur spanning a stretch of 3.4 kms .
The complete section of Metro Rail from Dum Dum to Tollygunj for a total length of 16.5 kms, was commissioned on 27th September 1995.

With air conditioned coach and regular services between stations Kolkata metro proves its utility to the citizens for whom it serves as a best and most convenient medium to ply from one place to another.

Taxis in Kolkata are perfect for traveling to places of interest, sightseeing, airport hauling and more. Yellow colored taxis are famous for their look and services. You can hire then to travel in comfort to the important places in the city.
Kolkata Cabs are often hired by then residents for attending interviews or airport hauling or for attending any special occasion in the city.

Rickshaws and Auto-Rickshaws in Kolkata 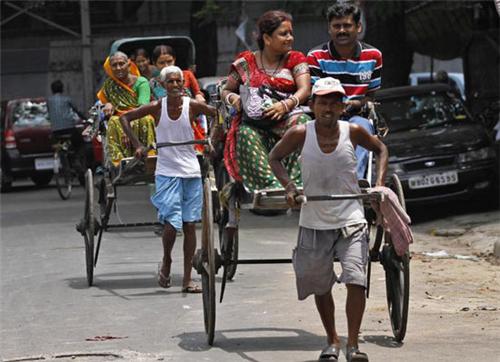