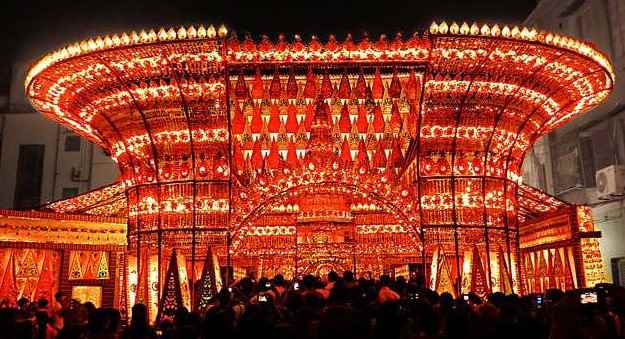 Ages ago, earth was inhabited not only by humans but also by other mythical creatures. There was chaos all around the Universe during that period as demons ruled the lands. They were not afraid of the Gods. In such conditions, evil always won and destroyed the good. Among such chaos a demon called Mahishasura praised the Gods and asked for a boon.
He manipulated the Gods to bless him with a wish that would grant him life for eternity and make him the king of the three realms of universe. Mahishasura wanted to be immortal, but the Gods sensed trouble in his wish.
Instead of giving him, the wish of immortality the Gods granted him a wish, which would keep him safe from any harm caused by males. The boon infused confidence in Mahishasura and he started committing heinous crimes.
Sensing that the Universe will soon turn to evil, all the Gods invoked Goddess Durga, who being a female was divine and powerful. After a dangerous battle, the Goddess kills the demon and peace and restores peace on earth. So starts the legend of the famous Durga puja. 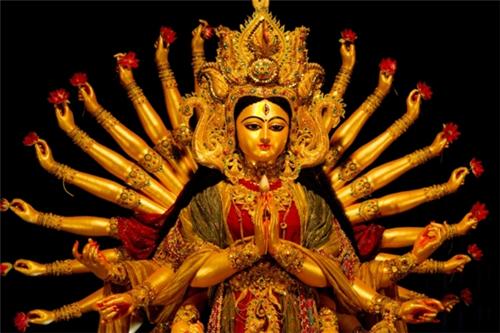 Every year infused with enthusiasm and with a belief in this mythical story, people of West Bengal. Tripura, Assam and Jharkhand celebrate Durga festival. With utmost devotion, a five-day celebration begins.  read more
People invoke the goddess with utmost dedication and praise. Puja Pandals are made at every locality where the idol of the goddess along with her sons and daughters are praised and worshipped.

Over the last few decades, puja pandals have become the main attraction during these five days. Like tours, people strategically plan a route every day during the puja’s for pandal hopping.
Awards are given to the best pandal, best decoration, best lighting, best idol etc. The more prizes a local puja committee gets, the more people visit the pandal. From early morning to late night, these places are filled with throngs of people. 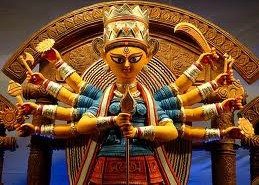 Some of the famous pandals worth visiting in Kolkata are read more
Puja pandal hopping is one of the best thing that you can do here. However if you want to experience, the best of Durga puja’s it is necessary to do the following: