The city of Kolkata is known for its many sights and sounds. With its never ending options for fun, leisure and entertainment, there is surely no dull moment here. South City Mall, Kolkata is one of the largest shopping mall in eastern India. Opened on January 16th 2008.
It can be easily accessed from any part of the city. It has a shopping area of 360,000 sq ft (33,000 m2) and parking for 1,800 vehicles so you definitely cannot miss it. 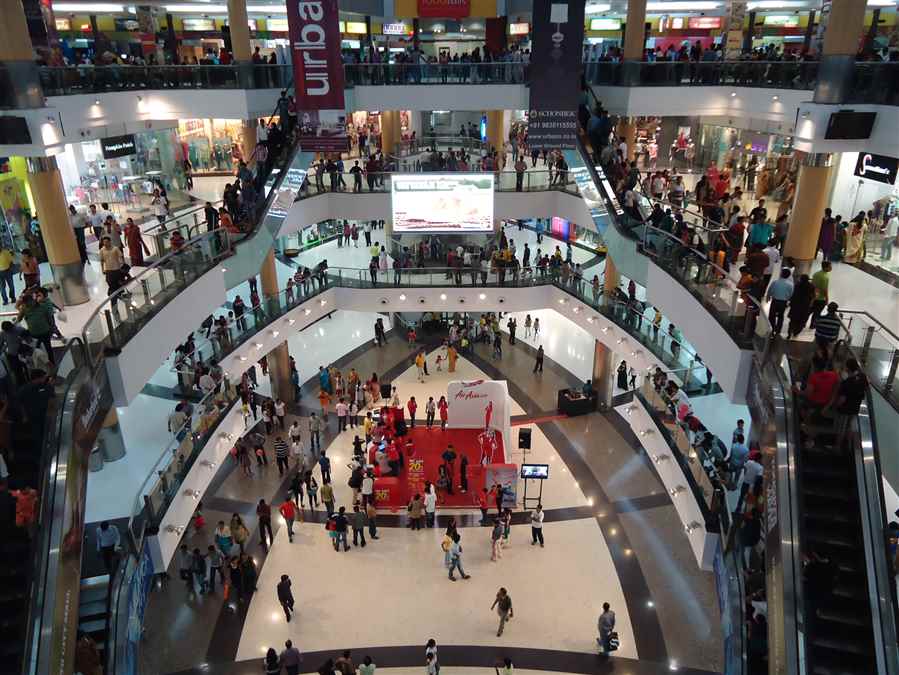 South City Mall houses a six screen INOX multiplex, at the lounge cum food court inside the multiplex's premises. Now it also includes an IMAX multiplex, the only one of its kind in Kolkata.
It houses a food court called The Food Street, which contains kiosks of food from around the world. It also features some restaurants like Mainland China.
Confectionery is available at Kookie Jar, The Cream and Fudge Factory, Swirl's, Candy Treat, The Cookie Man, Coffee World, Spencer's Bakery, Cafe Coffee Day. It includes Spencers, pantaloons, CCD, Starmark and many more.
The 5 different levels, each ranging about 1, 50,000sq.ft is just pure shopping bliss; one would not know where to start. The stores are all lined up, making browsing easier. You will find everything from clothes to food to electronics and even jewelry.
Some of the most sought after national and international brands are all found here in this one place. On each floor you’ll surely find your favorite brands.

Fire at the mall

On 4 December 2016 which was a Sunday morning at 9:15 am fire broke out at South City Mall Food Court. People noticed black smoke engulfing the food court. Security guards immediately severed electric connections and alerted people watching the movie show in the multiplex.
The movie which was running in the Inox Movie Theatre was stopped and viewers and visitors were taken out safely from South City Mall. No people were injured. 15 fire tenders rushed to spot and controlled the fire. Fire minister Sovon Chatterjee visited the spot.
Following this incident the South City Mall management decided to shut down the mall for four months starting from 1 February 2017. During this temporary closure the mall is rumored to undergo some major makeovers to make it safer and more environment friendly.